Recently, according to research institutions statistics show that in 2016 the main foreign-funded enterprises in China lithium battery shipments totaled only 986Mwh, in the domestic lithium battery market share of only 3.13%. Foreign-invested shipments are defined as the number of power batteries sold by foreign companies and wholly-owned (joint venture) factories in China. Industry analysts believe that foreign investment in China, less battery power mainly affected by the policy, can not get subsidies for new energy vehicles. It is expected that by 2020, this situation is difficult to fundamentally change. 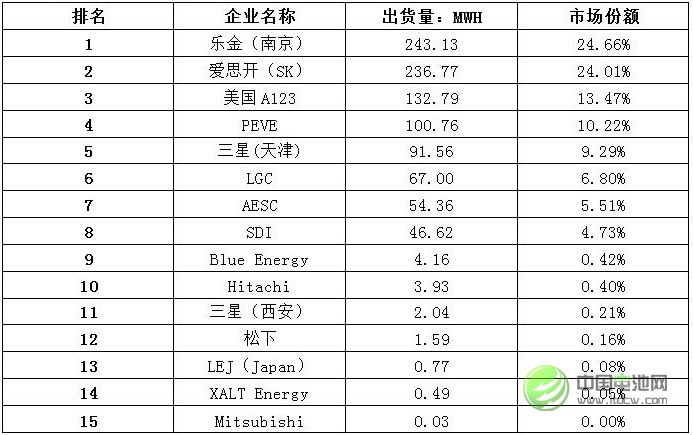 (2) Although the United States A123 universal acquisition, but in the report EVTank still as a foreign-funded enterprises

EVTank ranked the top 15 foreign-invested lithium battery manufacturers in China, with LG (Nanking), which ranked 243.13Mwh, followed by SK (A123) and A123 (USA). The foreign-funded enterprises in China, see the list of shipments.

Previous:Beijing subsidies for new energy vehicles will soon release the battery list or into the record inspection factors Next:STRENGTHEN STRATEGIC PLANNING TO PROMOTE INDEPENDENT INNOVATION OF LITHIUM IN CHINA